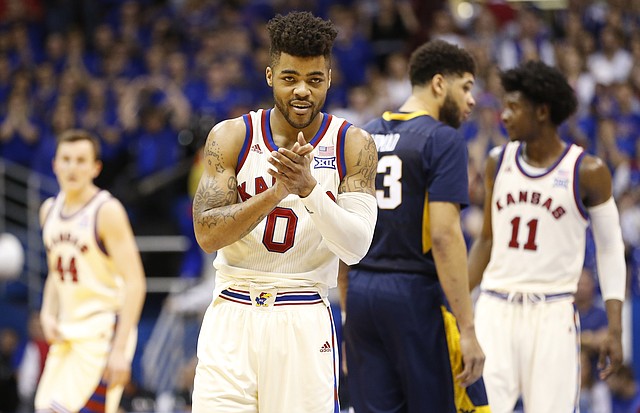 Kansas basketball coach Bill Self will travel to New York for the NBA Draft next week and he’s hopeful that two KU players will be selected in the first round. By Bobby Nightengale

Frank Mason III was a last-minute recruit for Kansas. He turned into the Jayhawks' latest All-American. The senior guard was the only unanimous selection to the 2016-17 AP All-America team Tuesday, receiving all first-team votes from the same 65-member national media panel that selects the weekly AP Top 25.

Jayhawks take over No. 1 spot in latest AP rankings

With just a week left to play in the regular season, Kansas has ascended to the No. 1 spot in the country.