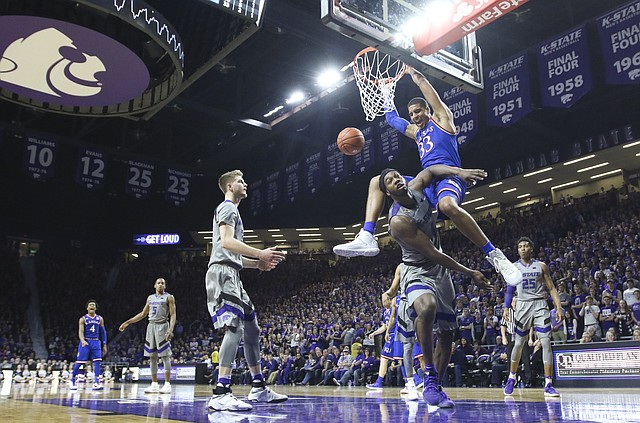 Kansas forward Landen Lucas (33) explodes for a dunk and a foul from Kansas State forward D.J. Johnson (4) during the second half, Monday, Feb. 6, 2017 at Bramlage Coliseum.

How Sweep It Is: Mason's steal highlights road win at K-State, 74-71

Almost every game has a signature play that is remembered as the reason a team won or lost. And for the Kansas men’s basketball team, which secured a season sweep over in-state rival Kansas State with a 74-71 victory Monday night at Bramlage Coliseum, that play began with senior guard Frank Mason III on his back. By Matt Tait