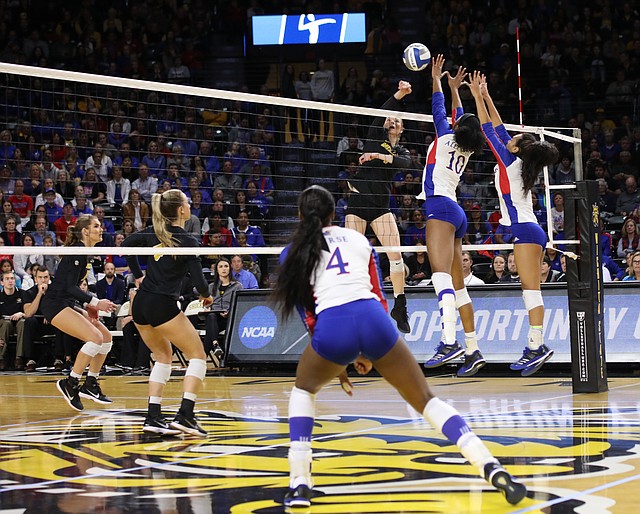 Missouri right outside hitter Melanie Crow (1) spikes the ball over the Kansas blockers. Kansas lost to Missouri in five sets in the first round of the NCAA Championship in Charles Koch Arena on Dec. 1, 2017.

It was three years ago when freshmen Kelsie Payne and Ainise Havili took the floor together in their first NCAA tournament together. Kansas was the 16-seed, playing host to Arkansas Little Rock, and it was the third straight time Ray Bechard’s team had made its way to the tournament.