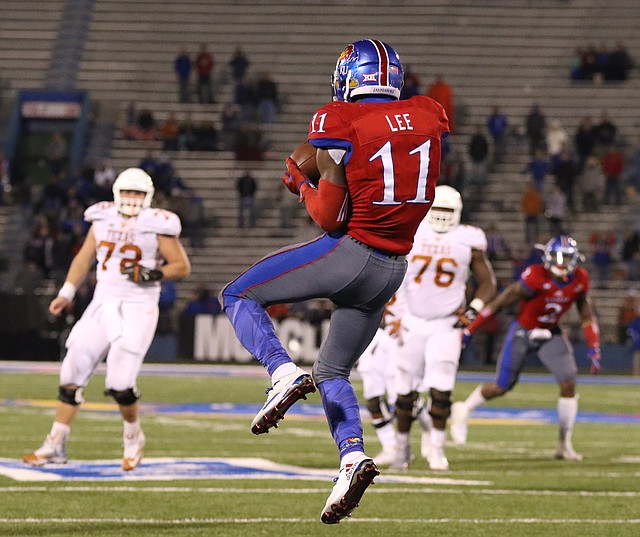 One recruit does not a program change anymore than one victory, however thrilling, turned a losing program into a winning one.

Alabama transfer Daylon Charlot made the prettiest play of the day, pulling a Peyton Bender pass out of the sky in traffic and keeping a foot inbounds for a 28-yard reception. The loudest moment came courtesy of none other than the Water Moccasin himself, rising sophomore safety Mike Lee.

Members of the Kansas football team know all too well the pitfalls associated with losing possession. The Jayhawks dropped nine consecutive games, in part, because they ranked worst in the nation in surrendering turnovers. For at least one Saturday against Texas, though, the KU defense specialized in football abduction and the offense didn’t self-destruct. By Benton Smith