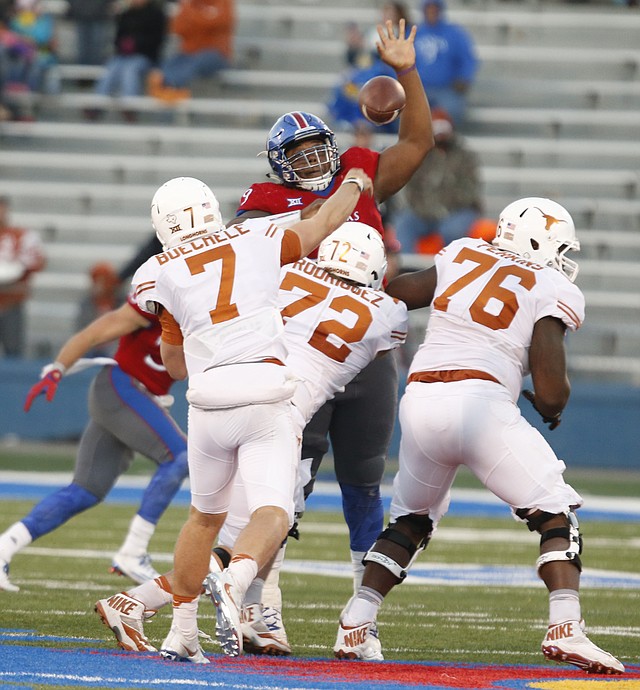 Kansas defensive tackle DeeIsaac Davis (99) gets up to bat down a pass by Texas quarterback Shane Buechele (7) during the third quarter on Saturday, Nov. 19, 2016 at Memorial Stadium.

Defense made strides a year ago, but Beaty looking for further progress

Up to a point, the defensive improvements shown by his Kansas football team in 2016 encouraged head coach David Beaty. He still speaks some eight months later about how proud he was to see coordinator Clint Bowen’s group lead the Big 12 in third-down defense and finish second in red-zone defense. Beaty raves, too, about KU’s star defensive end, Dorance Armstrong Jr., leading the conference with 20 tackles for loss. The head coach’s usual enthusiasm, though, remains tempered by reality. By Benton Smith