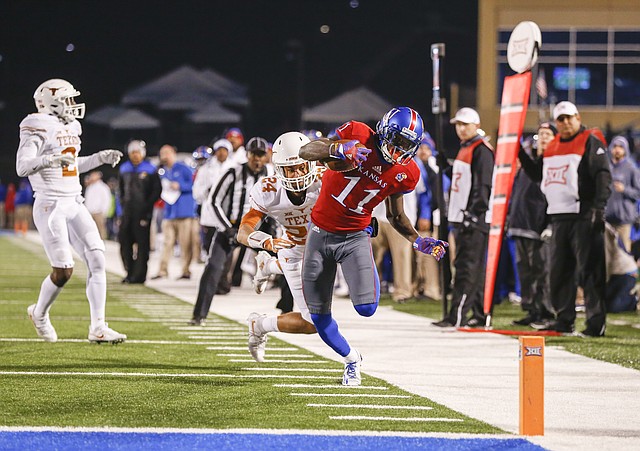 On the first day of the league’s annual business meetings in Irving, Texas, the Big 12 Conference on Wednesday revealed kickoff times and television selections for the first three weeks of the upcoming 2017 season, and while only one of the Kansas Jayhawks’ three non-conference games will air on a national television network, the rebuilding program’s other two early-season contests will air live locally or be available to stream online. By Benton Smith

Tom Keegan: Too many Kansas football fans in show-me state of mind

Sure, when Todd Reesing was tougher to catch than the wind, scrambling in every direction and still managing to keep his eyes downfield, spectators flocked to Memorial Stadium to watch him lead Kansas to victory. It became very fashionable to attend games and talk about them all week.

In a memorable victory full of crucial, game-altering plays, one Kansas football player came through with two in the fourth quarter by showing off some offensive and defensive skills. By Benton Smith