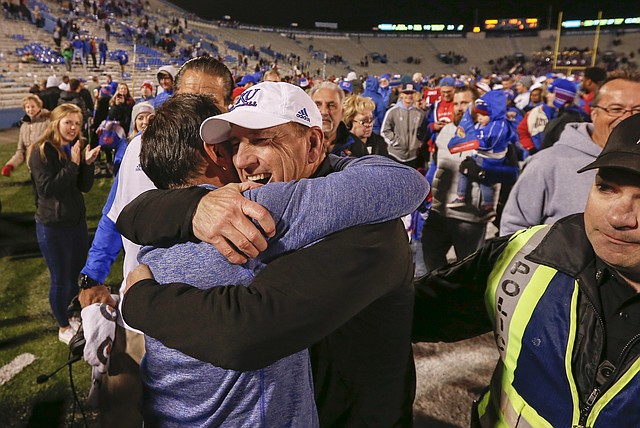 Once senior kicker Matt Wyman drilled his second crunch-time field goal of the final minutes, every soul wearing crimson and blue felt the density of not just a nine-game losing streak this season, but also a 19-game Big 12 losing streak dating back to 2014, vaporize. By Benton Smith