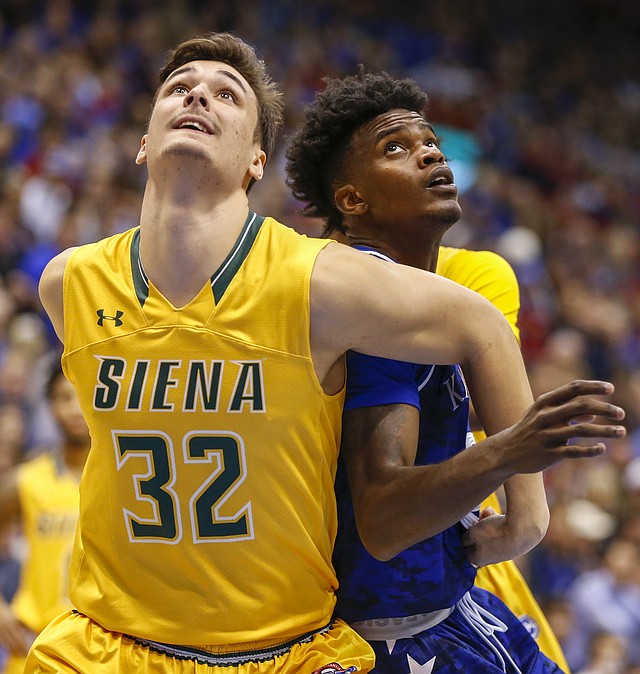 Last Tuesday night, in its win over No. 1 Duke in New York City, the Kansas backcourt was tested by, and wound up out-dueling, some of the best guards in the country. Friday night in the home opener against Siena, KU’s backcourt turned in an inconsistent effort but delivered when it had to in knocking out the Saints, 86-65, to give head coach Bill Self his 207th victory in Allen Fieldhouse, the most of all-time. By Matt Tait