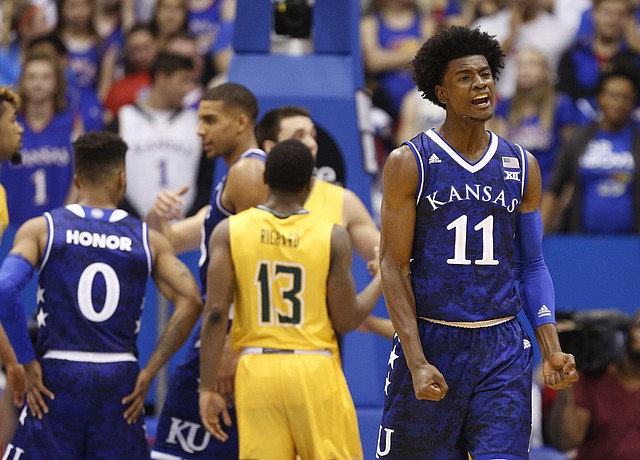 Kansas guard Josh Jackson (11) lets out some frustration after picking up a foul during the second half, Friday, Nov. 18, 2016 at Allen Fieldhouse.

Friday night, during KU’s 86-65 victory over Siena in the Jayhawks’ home opener, freshman Josh Jackson stepped to the brink of taking over the game but walked to the sideline instead of the spotlight, with foul trouble plaguing him for the third consecutive game. By Matt Tait