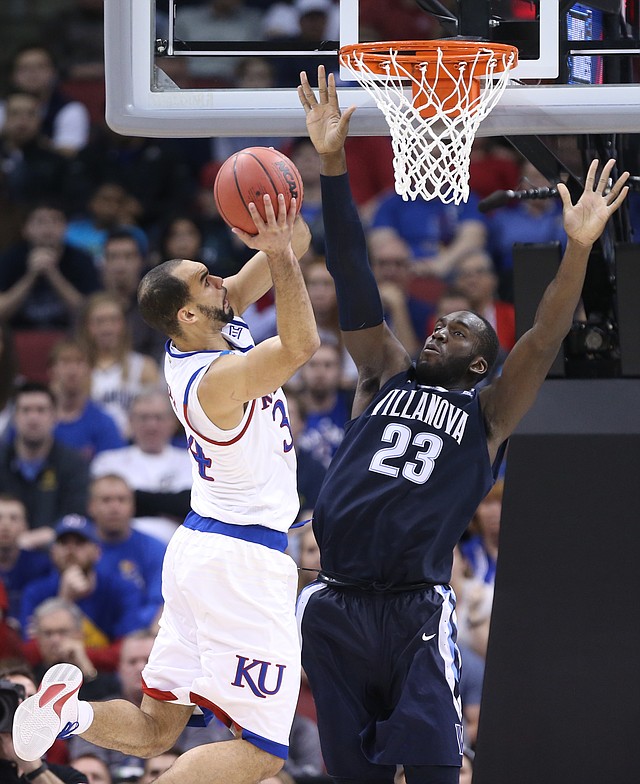 Kansas forward Perry Ellis (34) has a shot contested by Villanova forward Daniel Ochefu (23) during the second half, Saturday, March 26, 2016 at KFC Yum! Center in Louisville, Kentucky.

Kansas and Villanova on Monday announced the creation of a two-year series that will take place in Lawrence and Philadelphia beginning in December of 2018. By Matt Tait

Even as much as they were hurting for themselves, because their team had just ended its season a couple of wins short of the ultimate goal, several members of the Kansas University men’s basketball team found a deeper level of hurt for the way senior forward Perry Ellis went out. By Matt Tait

Although it looked at the time like No. 2 seed Villanova was on the verge of melting down, Wildcats coach Jay Wright said an early timeout his team took after a hot second-half start by Kansas might have been the best thing that could’ve happened. By Matt Tait