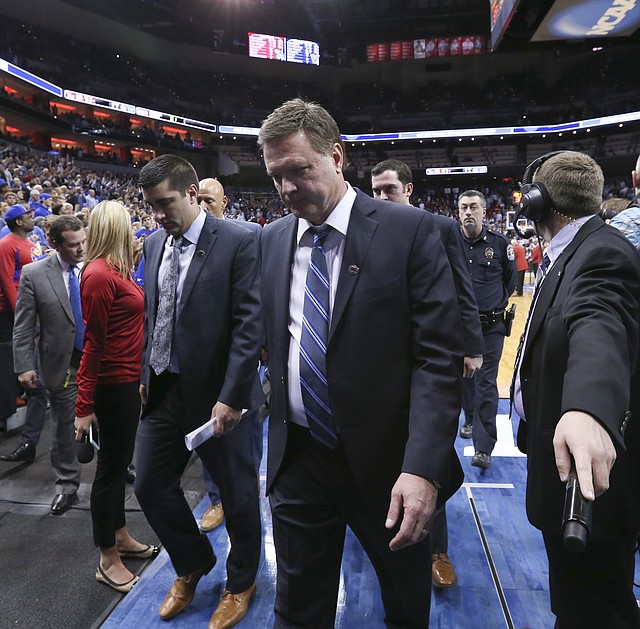 Any season that ends one loss to a No. 2 seed shy of advancing to the Final Four qualifies as a successful one. That’s especially so in a year that included a 12th consecutive Big 12 regular-season title, a Big 12 tournament championship and 17 consecutive victories leading up to the elimination game. At the same time, no loss in any other round stings quite the same as coming so close and then having to watch the Final Four on television.By Tom Keegan

Bill Self: Elite Eight loss 'hard for everybody'

Kansas basketball coach Bill Self, as well as his players, hoped Louisville wouldn’t be their last stop of the 2015-16 season. By Gary Bedore