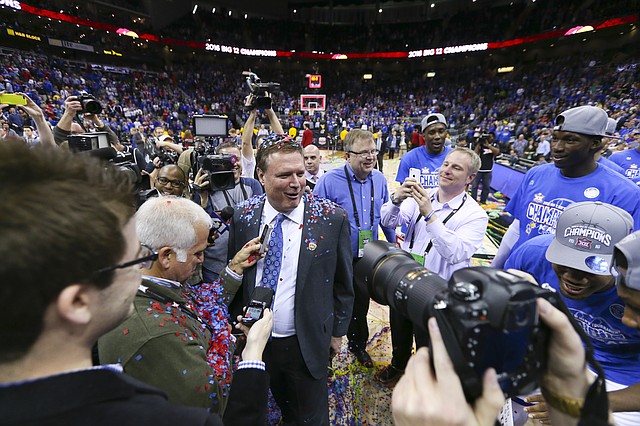 Kansas head coach Bill Self reacts after being doused with confetti by his players as the Jayhawks celebrate following their 81-71 win over West Virginia, Saturday, March 12, 2016 at Sprint Center in Kansas City, Mo.

All the speculation and number-crunching leading up to Selection Sunday proved correct. The Kansas Jayhawks (30-4), regular-season and postseason champions of the Big 12, officially received the No. 1 overall seed in the 2016 NCAA Tournament.