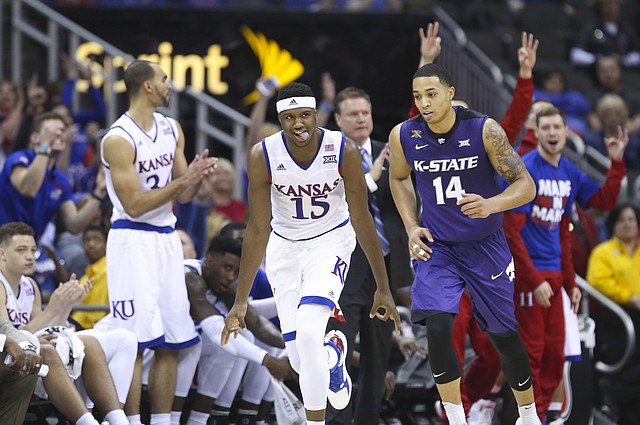 Listed in last season’s media guide at 6-foot-9, 220 pounds, KU sophomore Carlton Bragg confirmed Monday that he actually played closer to 215 pounds a season ago and now, after an offseason's worth of hard work, stands 6-10, 245 heading into the 2016-17 season. By Matt Tait

Carlton Bragg scored a career-high 12 points — seven in the first half — of the Jayhawks’ 85-63 Big 12 Tournament quarterfinal victory over Kansas State. By Gary Bedore