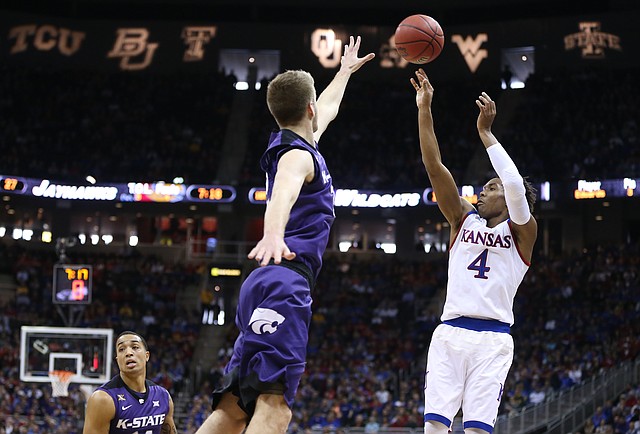 Even with second-seeded Villanova shooting a red-hot 53 percent in this year’s NCAA Tournament — including a 10-of-15 clip in Thursday’s Sweet 16 victory over Miami — top-seeded Kansas University enters tonight’s Elite Eight showdown with significantly better three-point statistics. By Matt Tait

Freshman says he needs to learn from Perry Ellis

In three games against Kansas University this season, Kansas State freshman and Sunflower State native Dean Wade averaged 3.7 points on 3-of-11 shooting in 23 minutes. To say the Jayhawks were a thorn in the side of the freshman from St. John (located between Wichita and Dodge City) is an understatement. By Matt Tait