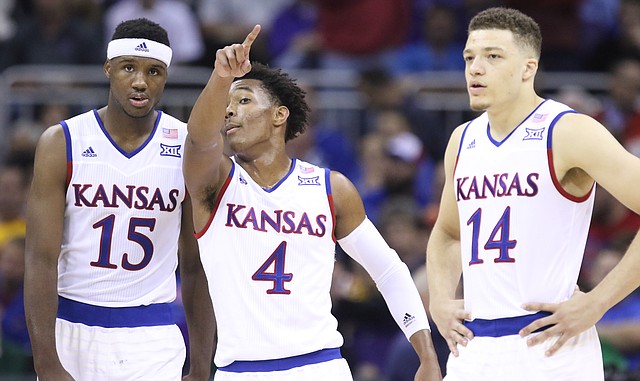 After playing, and winning, two hard-fought battles against Kansas State during the regular season, the Kansas University men’s basketball team made it clear it was not interested in a third. In the quarterfinal round of the Big 12 Championship at Sprint Center, top-seeded Kansas jumped out to a double-digit lead early in the first half and never looked back, rolling to a 85-63 victory over the Wildcats. By Matt Tait