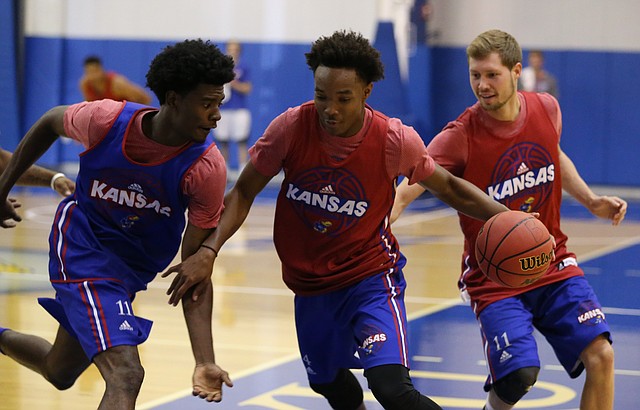 The current crop of Jayhawks, with freshman Josh Jackson, is going through something eerily similar to what the 2009-10 team did with Xavier Henry. The names, numbers and faces may be different, but there’s a certain amount of symmetry between the two teams. By Matt Tait