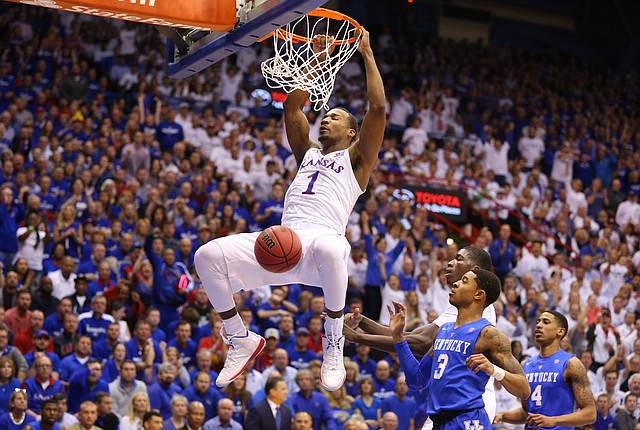 The SEC and Big 12 conferences announced Tuesday that Kansas and Kentucky would meet again in the SEC/Big 12 Challenge, this time on Jan. 28, 2017, at Rupp Arena in Lexington, Kentucky.

KU falls to No. 7 in AP poll; Jayhawks take over longest active Top 25 streak from Duke

Kansas University now has the longest run of appearances in the Associated Press Top 25 men's basketball poll after Duke fell out for the first time in more than eight years. The Jayhawks (17-4) fell from No. 4 to No. 7 in the poll that was released Monday.

After watching another point guard carve up his man-to-man defense, Kansas coach Bill Self went with a triangle-and-two defense during portions of the second half and it saved the day for Kansas on Saturday night at Allen Fielhdouse. By Matt Tait