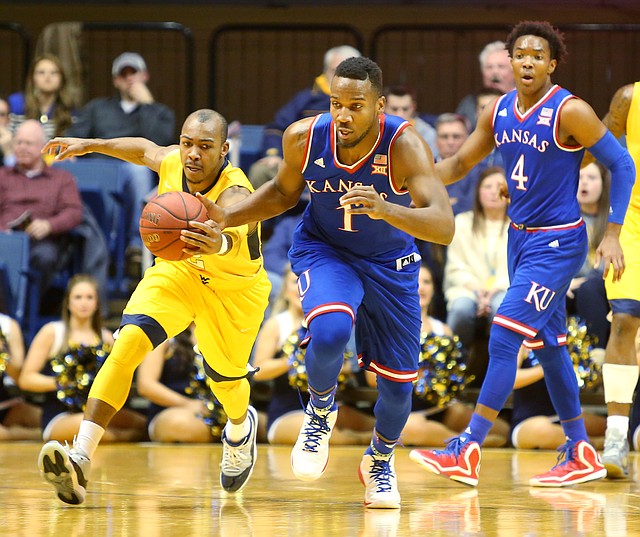 There will be a rubber match. For the third time this season, No. 1 Kansas will match up with West Virginia, this time with the Big 12 championship on the line. The tournament's top two seeds will tip off at 5 p.m. Saturday night.

Under pressure: Kansas must take care of ball to win

West Virginia’s basketball team, which has been referred to as “Press Virginia” this season and last because of the Mountaineers’ effective full-court defense, harassed Kansas University into a season-high 22 turnovers in the Jayhawks’ 74-63 loss on Jan. 12 in WVU Coliseum. By Gary Bedore

It’s a top-10 kind of week for Kansas basketball, which remained among the nation’s most highly regarded teams in the latest AP Top 25, released on Monday afternoon.