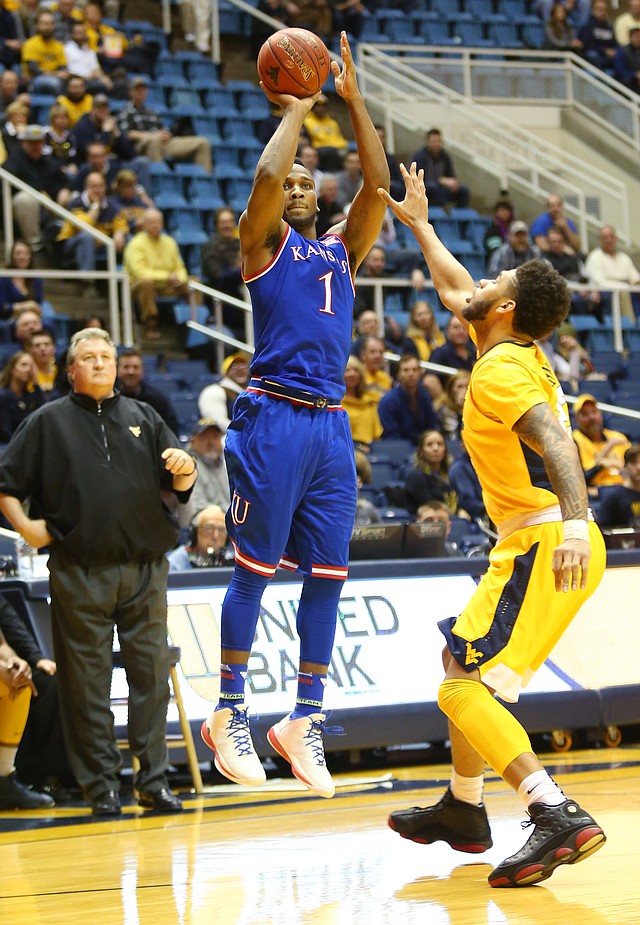 Kansas guard Wayne Selden Jr., shots in a three-point basket in the first half of a game between the Jayhawks and the Mountaineers at the WVU Colliseum in Morgantown, W.V. Tuesday.

Kansas University’s basketball team, which lost its first Big 12 game of the season Tuesday night, 74-63, actually led, 14-9, early in Tuesday’s loss at West Virginia, thanks to some early three-point success.