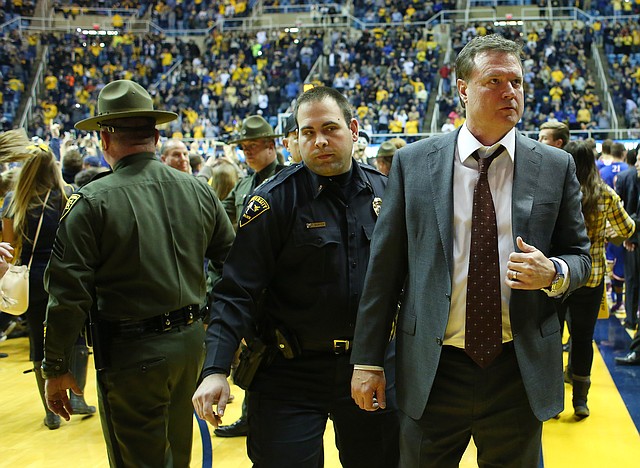 Kansas coach Bill Self is escorted off the court as West Virginia fans rush the court after defeating the Jayhawks 74-63 at the WVU Colliseum in Morgantown, W.V. Tuesday.

The worst thing about Tuesday’s 74-63 loss at West Virginia — according to Kansas University’s players and coaches — is the fact the No. 1-ranked Jayhawks didn’t appear to exert the extra effort it takes to beat a No. 11-ranked squad on its home floor.