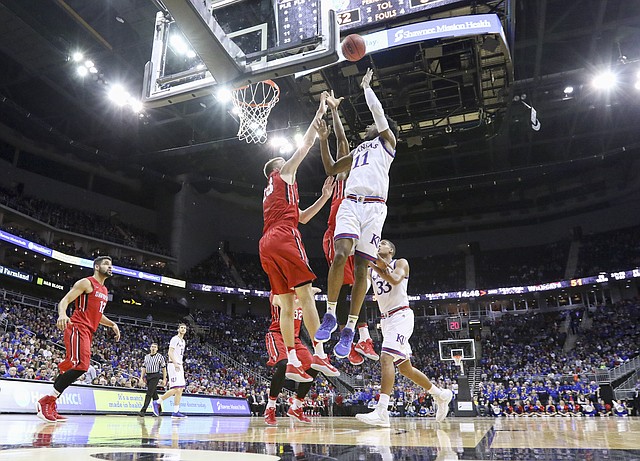 Kansas guard Josh Jackson (11) gets inside for a bucket against Davidson during the second half, Saturday, Dec. 17, 2016 at Sprint Center.

As for genuine upsets, Kansas is even more immune to those than in most seasons. Freshman Josh Jackson is as big a reason for that as anyone.

It’s debatable whether Davidson simply ran out of gas or the Kansas defense stiffened. What is not debatable is that the Jayhawks, who trailed at halftime for just the second time this season, out-played, out-toughed and outscored the Wildcats convincingly in the second half en route to a hard-fought, 89-71 victory Saturday night at Sprint Center.