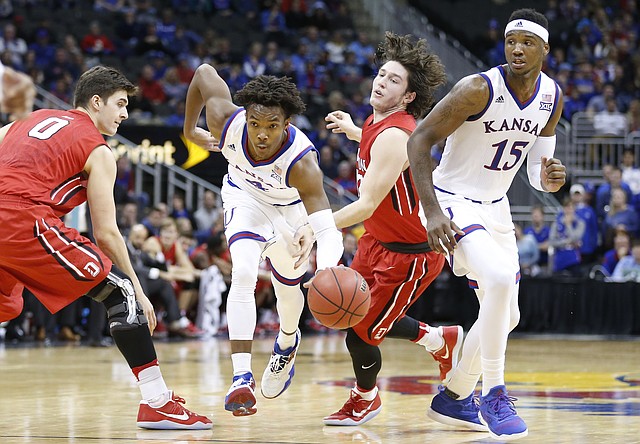 Tom Keegan: Bragg can help the Jayhawks take the next step

Kansas basketball coach Bill Self already had used three post players, including freshman Mitch Lightfoot, when he put Carlton Bragg in the Davidson game with 11 minutes remaining in the first half Saturday in Sprint Center.