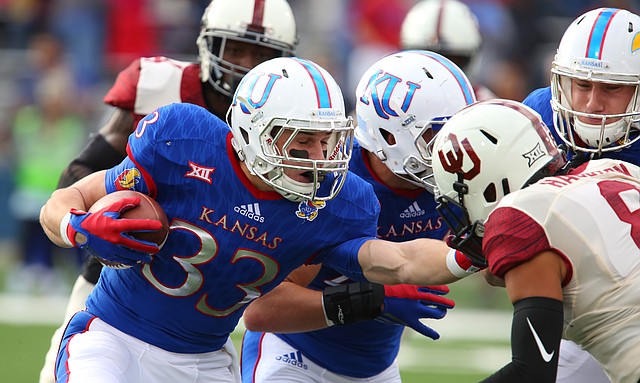 Kansas kick returner Ryan Schadler (33) collides with the Oklahoma defense on a kickoff return during the second quarter Saturday, Oct. 31, 2015 at Memorial Stadium.

Throughout his youth and first few years as a college athlete, Ryan Schadler never felt quite right. No one ever would have guessed Schadler, who returned a kickoff 91 yards for a touchdown in his debut with the Jayhawks in 2015, had any sort of health issues, let alone jumbled organs. By Benton Smith

Amid his ongoing strides to rebuild the Kansas football program, second-year coach David Beaty often cites the significance of special teams success in speeding up a turnaround. By Benton Smith