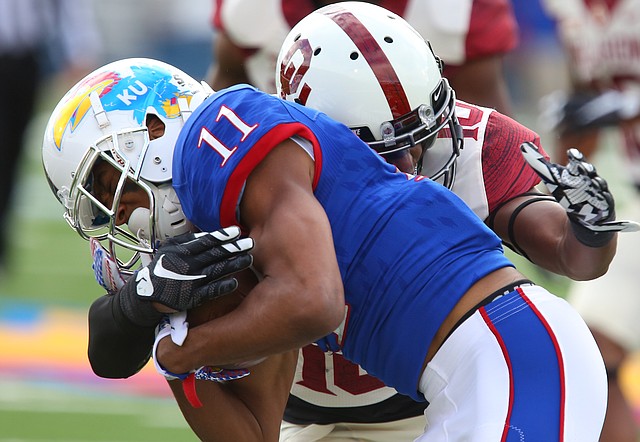 In what’s becoming a familiar pattern for Kansas football this season, the opponent often scored at will early and rested its stars late. On Halloween afternoon at Memorial Stadium, No. 14 Oklahoma became the latest Big 12 foe to manhandle the Jayhawks in a 62-7 rout.