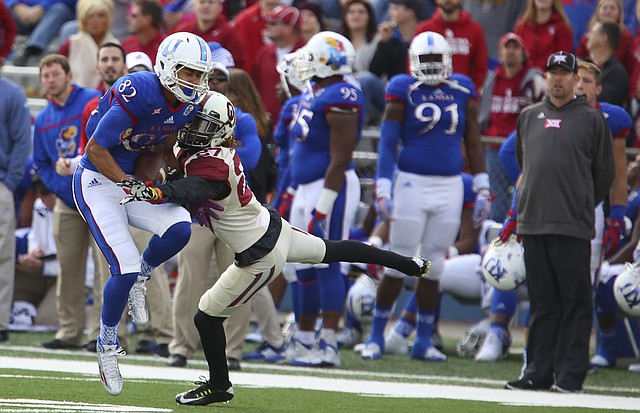 KU officials on Wednesday announced that wide receiver Shakiem Barbel, who transferred to KU from Fresno City College before the 2014 season and has played in 22 games during the past two seasons, including all 12 last year, had been given an additional year of eligibility by the NCAA. By Matt Tait

Saturday's 62-7 loss to No. 14 Oklahoma marked the fourth time in the past five games that Kansas University’s new-look, Air Raid offense failed to fly above 14 points. By Matt Tait