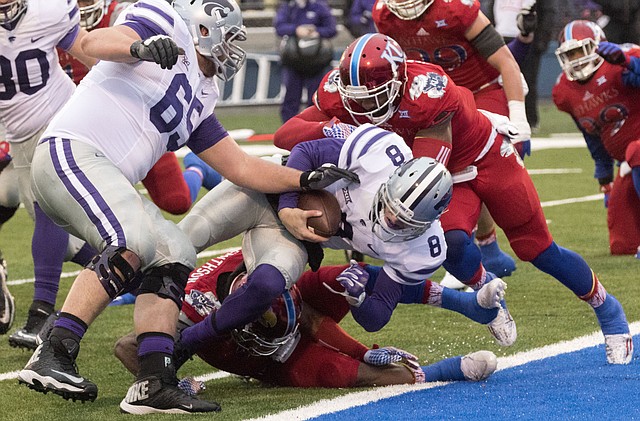 Saturday's 45-14 victory over Kansas University at Memorial Stadium marked the 20th win in 24 tries against the Jayhawks for Kansas State coach Bill Snyder. But even with all of those wins under his belt, beating his Sunflower State rival does not appear to be getting old for the 76-year-old Snyder. By Matt Tait