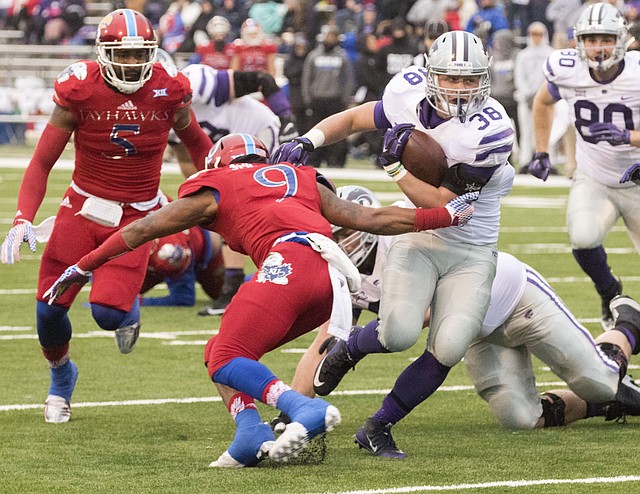 Nothing to show for it: Season comes and goes without a KU victory

As has become customary in this one-sided rivalry, Kansas State jumped all over the Jayhawks early and barely even had to break a sweat en route to a 45-14, run-away victory in front of an announced crowd of 23,842, half of which was wearing purple. By Matt Tait