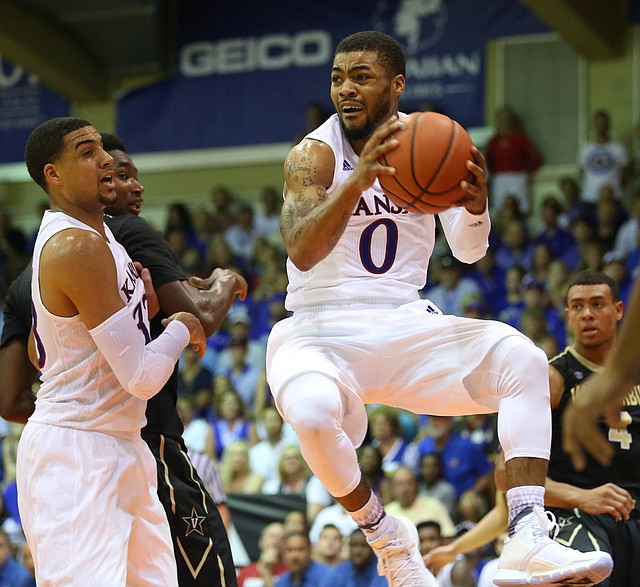 Kansas guard Frank Mason III (0) looks for an outlet during the second half, Wednesday, Nov. 25, 2015 at Lahaina Civic Center in Lahaina, Hawaii.

Defensive rebounds per inch. The statistic doesn’t exist yet, but the way the world is going, it won’t be long in arriving.