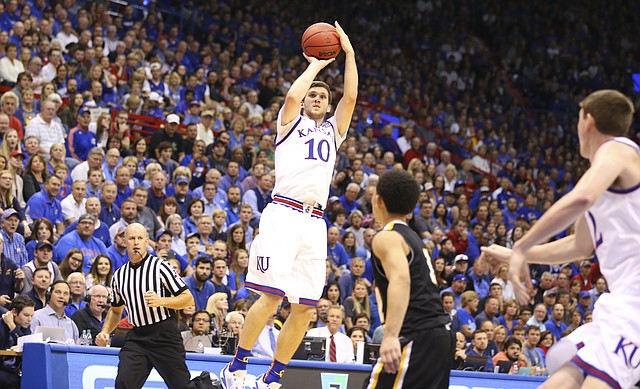 Andrew White III was part of the Kansas University Class of 2012 basketball recruiting class, and Conner Frankamp and Brannen Greene came on board the following year, ensuring that the Jayhawks had an embarrassment of riches in terms of ultra-soft, three-point-shooting touches from the wing. Except that nothing in life is guaranteed. By Tom Keegan

Fire away: Svi Mykhailiuk drains 5 from deep in Jayhawks' rout

Nobody discouraged Kansas University sophomore Sviatoslav Mykhailiuk from firing shots from beyond the arc after his 0-for-3 effort in last week’s exhibition opener against Pittsburg State. By Gary Bedore