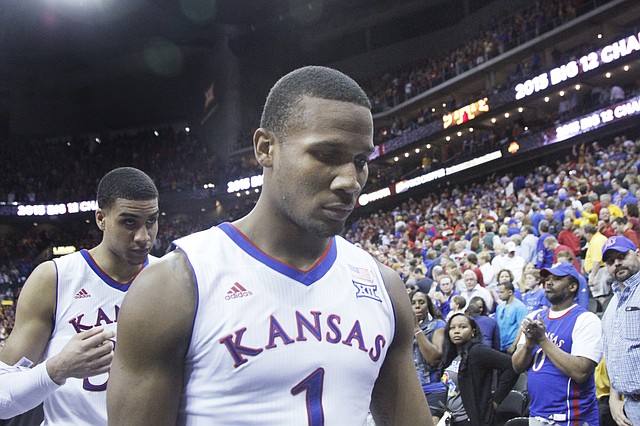 Kansas guard Wayne Selden Jr. (1) walks off the court after the Jayhawk’s 70-66 loss to Iowa State in the championship game of the Big 12 Tournament Saturday in Kansas City, MO.

Tears formed in Kansas University freshman Devonté Graham’s eyes as he met the media after Saturday’s 70-66 loss to Iowa State in the Big 12 Tournament final in Sprint Center. The backup point guard took ownership of KU’s eighth loss of the season against 26 victories. By Gary Bedore