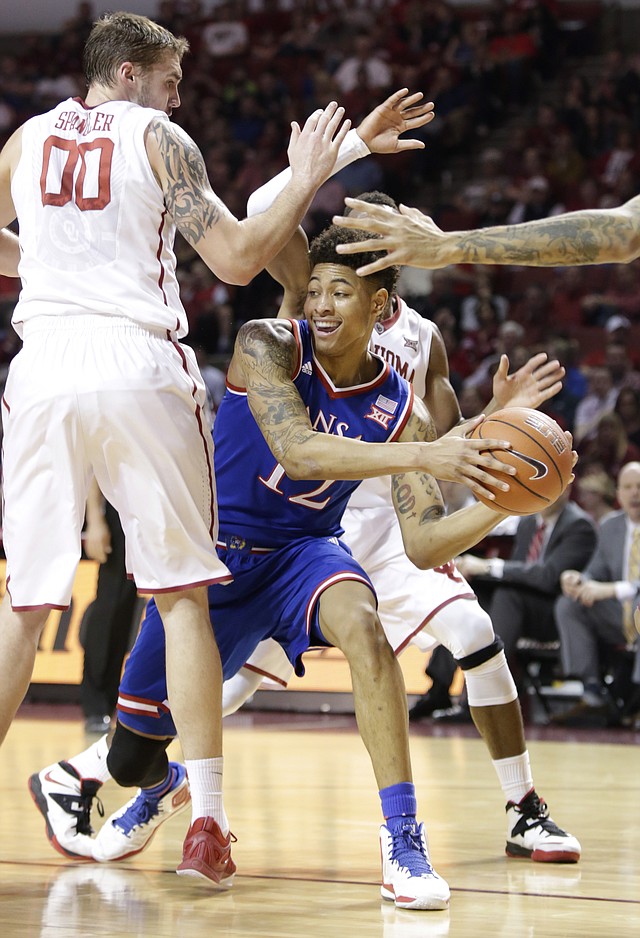 Buddy Hield tip-in wins it for OU in final second

No. 9 Kansas, which already had the outright Big 12 title wrapped up, battled No. 15 Oklahoma at Lloyd Noble Center tooth and nail for 40 minutes on Saturday before Oklahoma's Buddy Hield wound up tipping in an OU miss as the buzzer sounded to give the Sooners a 75-73 victory.