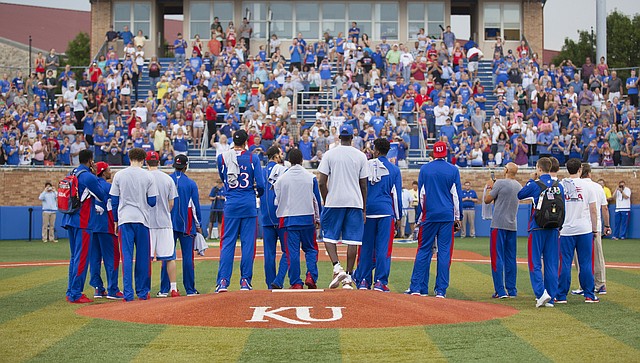 Members of the Kansas University basketball team, who won a gold medal representing Team USA during the recent World University games in South Korea are given a standing ovation as they are welcomed home during a ceremony Wednesday, July 15, 2015 at Hoglund Ballpark.

The theme song from “Rocky” and Queen’s “We Are The Champions” played on the sound system at Kansas University’s Hoglund Ballpark at 7:30 p.m. Wednesday as the Jayhawks’ World University Games gold-medal-winning basketball team exited the team bus, then marched through a gate toward the pitcher’s mound. By Gary Bedore