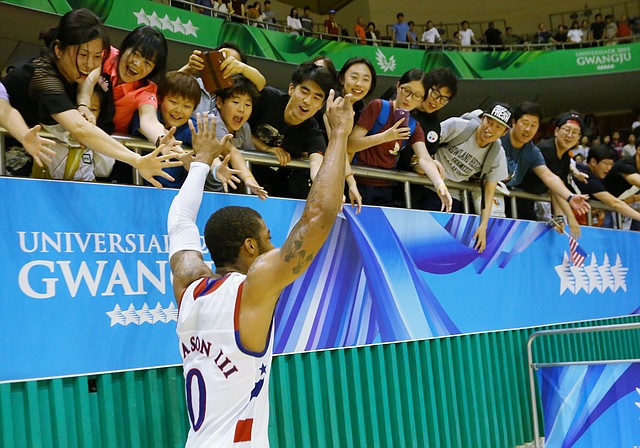 Kansas University junior point guard Frank Mason III was confident in the final minutes of the United States’ men’s basketball team’s 84-77, double-overtime victory over Germany on Monday at Yeomju Gymnasium. His teammates were even more confident. By Bobby Nightengale