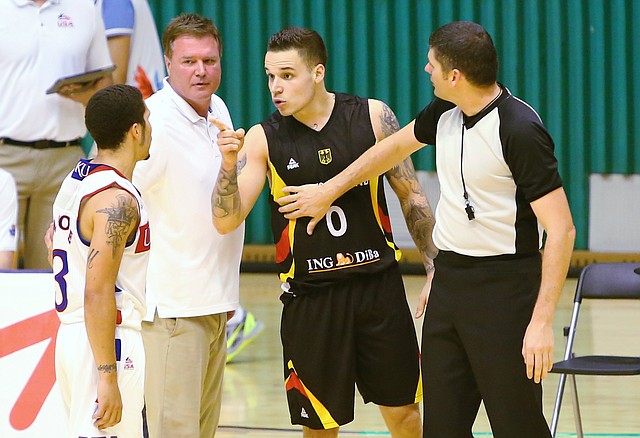 German guard Konstantin Klein (0) gets in an argument with Team USA guard Nic Moore (3) in a Team USA gold-medal game against Germany Monday, July 13, at the World University Games in South Korea.

Watching the United States’ men’s basketball team celebrate its World University Games gold medal, Germany’s men’s basketball players stood on the other side of the court with their hands on their heads after USA’s 84-77, double-overtime victory on Monday at Yeomju Gymnasium. By Bobby Nightengale