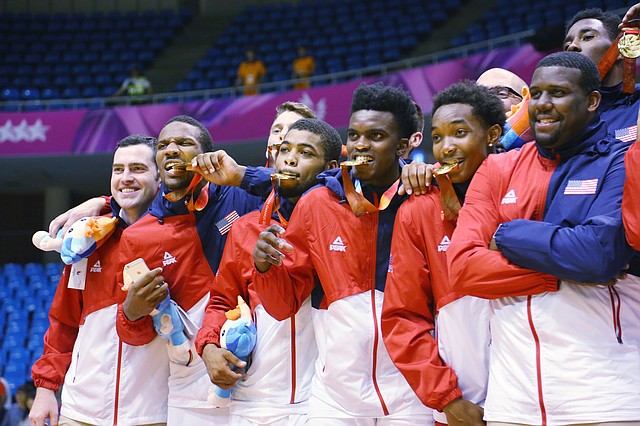 Team USA players bite on their gold medals after a win against Germany Monday, July 13, at the World University Games in South Korea.

With the final seconds running off the clock in the United States’ men’s basketball team’s 84-77, double-overtime victory in the World University Games championship against Germany on Monday at Yeomju Gymnasium, Kansas University junior Wayne Selden Jr. flung the ball as high as he could, setting off a wild celebration. By Bobby Nightengale