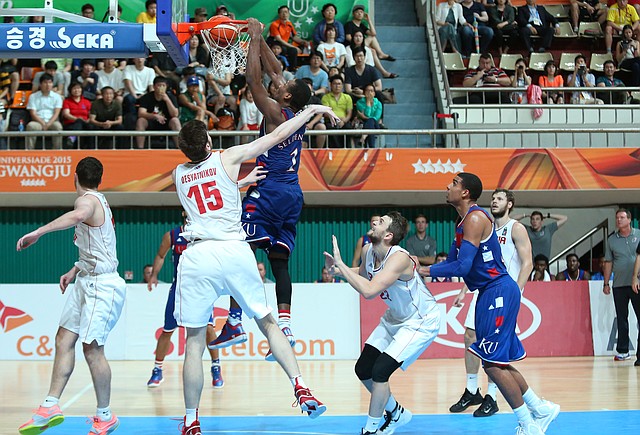 Kansas guard Wayne Selden Jr. (1) slams down a dunk late in a Team USA 78-68 semifinal victory over Russia on Sunday, July 12, 2015, at the World University Games in South Korea.

One more: Team USA advances to the gold-medal game with 78-68 victory

Motivated by early exits from the NCAA Tournament for the past two seasons, Kansas University junior guard Wayne Selden Jr. wants to lead the Jayhawks to the next level. He's getting an early start this summer. Selden lifted the United States' men’s basketball team to the World University Games’ gold-medal game, drilling a go-ahead three-pointer in an eventual 78-68 victory over Russia on Sunday at Dongkang College Gymnasium. By Bobby Nightengale