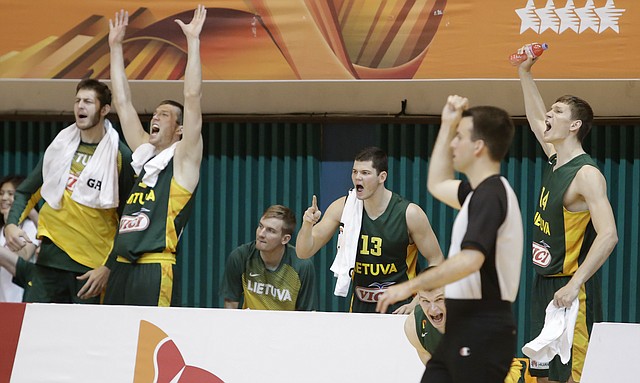 Playing for a spot in the World University Games quarterfinals, Lithuania hit big shots in the fourth quarter to beat Australia, 74-67, on Thursday at DongKang College Gymnasium. Lithuania’s reward for the victory is a matchup with the United States men’s basketball team at noon Saturday (10 p.m. Friday on ESPNU). By Bobby Nightengale