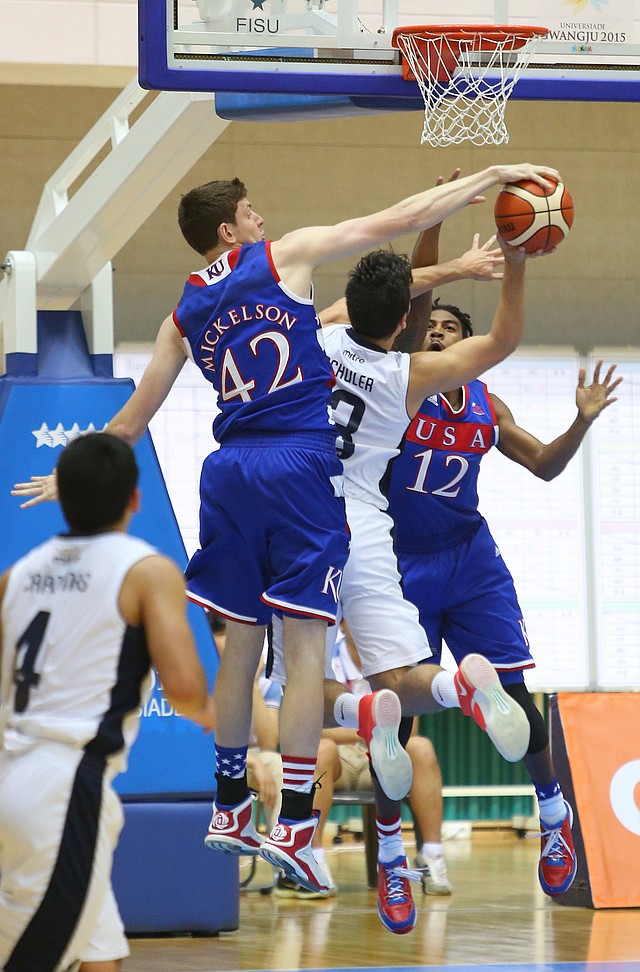 With a 55-point lead against Chile on Tuesday and five minutes remaining, the United States men’s basketball team still had four of its starters on the floor. In most games, the main emphasis would be running out the clock. But the Jayhawks still had some ground to make up in their 106-41 victory over Chile at Muan Indoor Court. By Bobby Nightengale