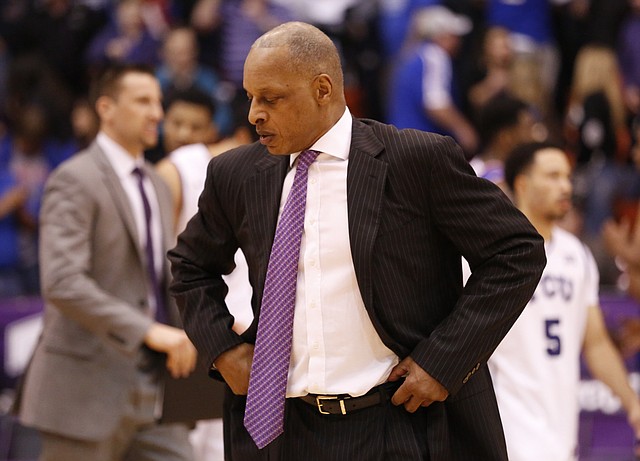 Frustrated, Trent Johnson walks off the court following the Horned Frogs' 64-61 loss to Kansas on Wednesday, Jan. 28, 2015 in Fort Worth, Texas.

TCU had a buzzer-beating shot that could have sent the game into overtime. It bounced out and Kansas University held on for a 64-61 victory. But it wasn’t the hurried 30-footer launched by Charles Hill Jr. that the Horned Frogs rued afterward. By Tom Keegan