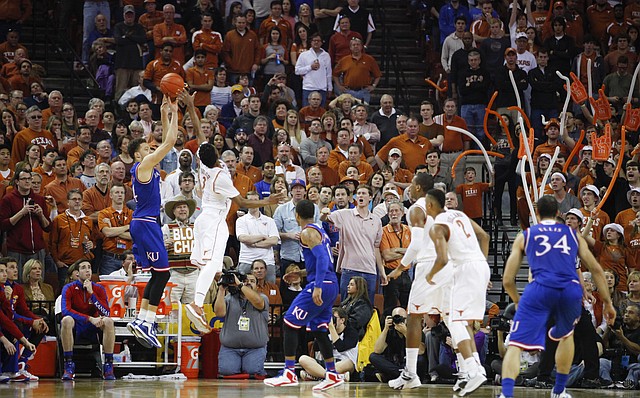 Kansas guard Brannen Greene (14) puts up a three from the corner over Texas guard Isaiah Taylor (1) during the second half, Saturday, Jan. 24, 2015 at Frank Erwin Center in Austin, Texas.