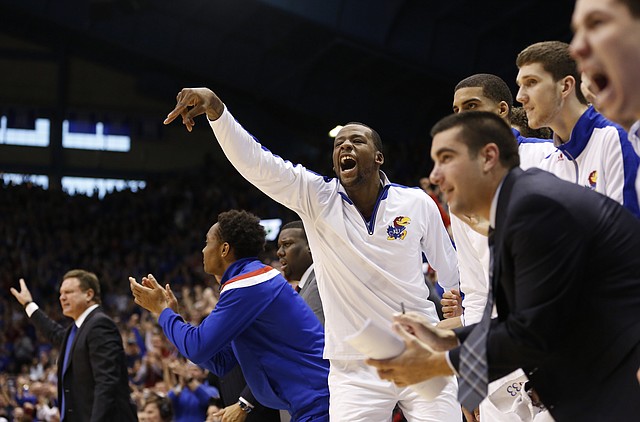 Kansas forward Cliff Alexander calls for a UNLV foul after a steal and a bucket by point guard Frank Mason during the second half on Sunday, Jan. 4, 2015 at Allen Fieldhouse.

A media member mentioned to superstitious Kansas University basketball coach Bill Self that the Jayhawks have won 23 straight conference openers dating to the 1991-92 season. “Thanks,” KU’s 12th-year coach said with a smile. By Gary Bedore