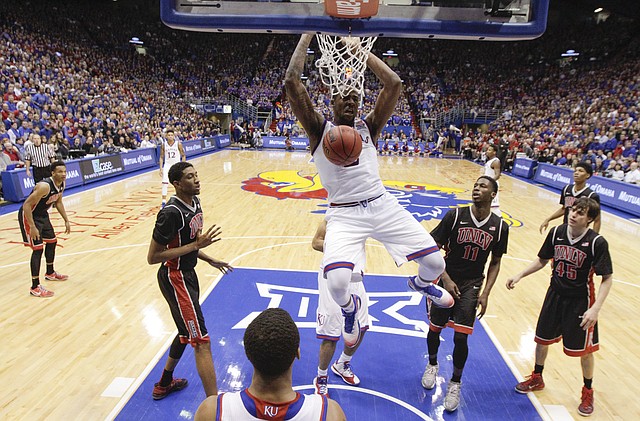 Kansas forward Cliff Alexander (2) celebrates after a dunk against UNLV during the second half on Sunday, Jan. 4, 2015 at Allen Fieldhouse.

I feel sorry for Cliff Alexander. By Tom Keegan

Kelly Oubre Jr. throws down a rim-rattler, stands in frozen admiration of his creation, and the other team is off to the races, five-on-four. Brannen Greene barely moves the net after rising up from 22 feet. Just in case the audience forgot the rule that has been in place for more than a quarter-century in college basketball, Greene lets everybody in the building know that the shot was worth three, count ’em, three, points.