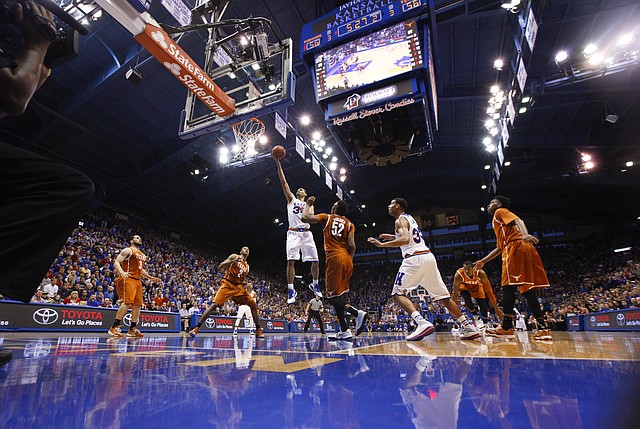 Kansas forward Perry Ellis (34) swoops in for a bucket late in the second half against Texas on Saturday, Feb. 28, 2015 at Allen Fieldhouse.

Availability of Perry Ellis to be determined Thursday

Kansas University junior forward Perry Ellis, who practiced on Wednesday in Allen Fieldhouse and participated  in a 40-minute shoot-around in Sprint Center, remains questionable for Thursday’s 1:30 p.m. Big 12 tournament quarterfinal against either TCU or Kansas State.

Perry Ellis started the Big 12 season off slowly, scoring in single digits in two of Kansas University’s first three games and three of the initial seven contests. He’s finishing like a guy intent on accepting some postseason hardware for a team closing in on an 11th-straight conference championship. By Gary Bedore