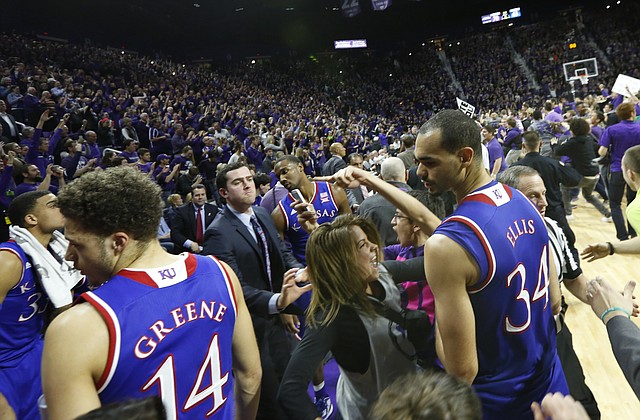 Kansas University basketball coach Bill Self was pinned against the Bramlage Coliseum scorer’s table by a mob of Kansas State students, opposing coach Bruce Weber shoving folks out of the way to help his counterpart to safety.

This girl looks like she's about to hug Perry. Probably not sure which team is which...