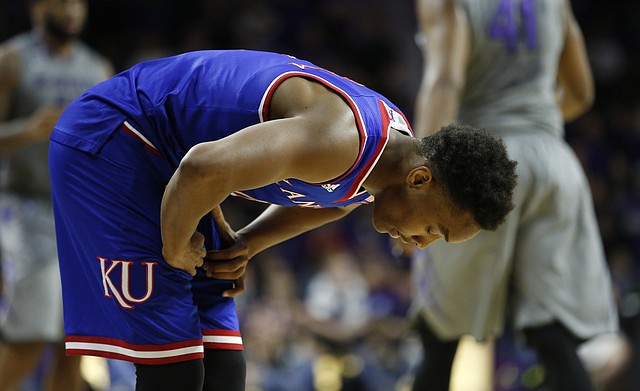 Kansas guard Devonte Graham laments some sloppy play by the Jayhawks during the second half, Monday, Feb. 23, 2015 at Bramlage Coliseum.

Bill Self: No point in making freshmen sit out

There’s been recent talk about college basketball perhaps returning to the days when freshmen were ineligible to play in games until their second year on campus. Kansas coach Bill Self thinks the idea sounds "awful." By Gary Bedore