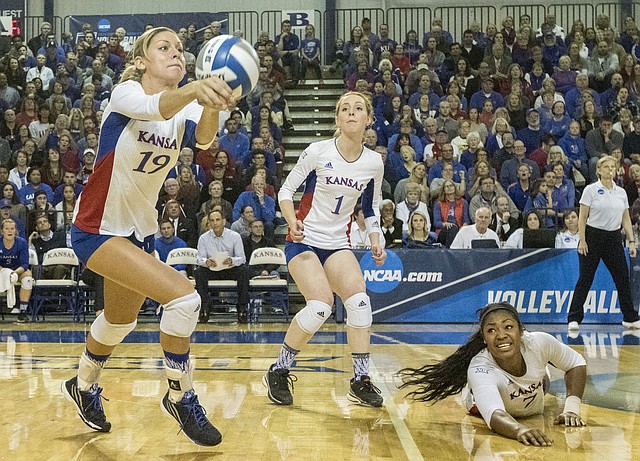 To most, the Nebraska Cornhuskers volleyball players look about the same as a decade ago, which is to say big and powerful, skilled and savvy. For Lincoln, Nebraska native Maggie Anderson, reserve setter for the Final Four-bound, 30-2 Kansas University volleyball squad, her view of them has changed. They have gone from idols to rivals. By Tom Keegan