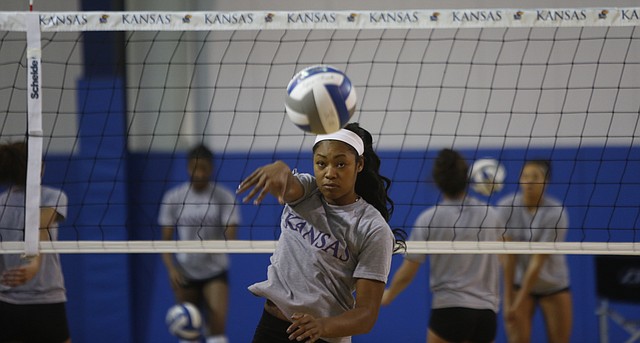 KU senior Tiana Dockery (7) makes a hard return during a short practice on Wednesday, Dec. 2, 2105 as KU gets set for the first round of the NCAA Tournament at KU's Horejsi Center on Thursday.

Losing to Arkansas-Little Rock in the first round of the NCAA Tournament was a heartbreaking way for Kansas University’s volleyball team to conclude the 2014 season.