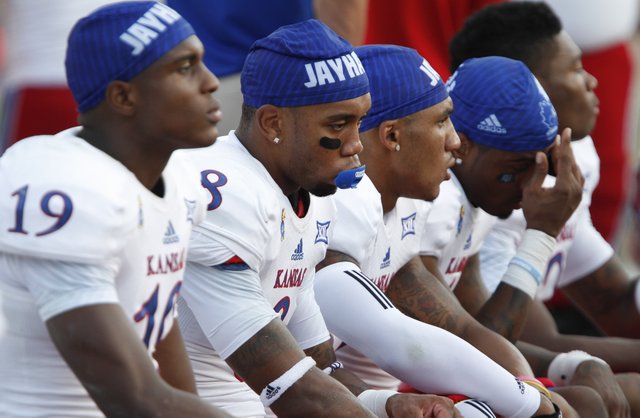 A somber bench of Kansas receivers including Nick Harwell (8) lament the 41-3 loss to Duke with minutes remaining during the fourth quarter on Saturday, Sept. 13, 2013 at Wallace Wade Stadium in Durham, North Carolina.

It doesn’t really matter why things keep going awry, just that they do. And when bad things keep happening to the same team, year after year, the problem isn’t what happens, it’s why it keeps happening. By Tom Keegan

The more things change, the more they stay the same for the Kansas University football team, which, once again, found itself looking like a sumo wrestler in a sand volleyball match during Saturday's 41-3 loss to Duke at Wallace Wade Stadium. By Matt Tait