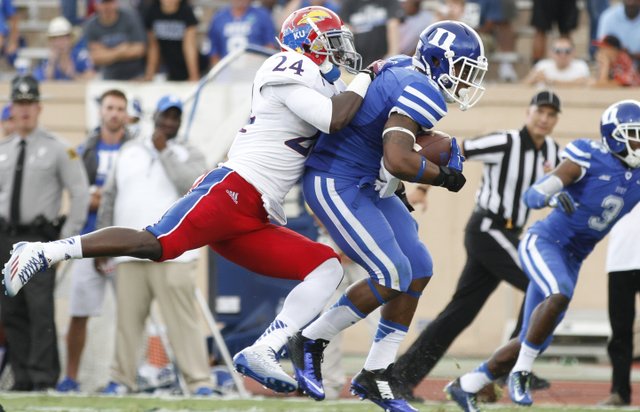 Kansas cornerback JaCorey Shepherd jumps on the back of Duke running back Josh Snead after a catch during second quarter on Saturday, Sept. 13, 2013 at Wallace Wade Stadium in Durham, North Carolina.

It won’t happen immediately, but the Kansas football team soon will begin playing a heartier non-conference schedule. By Benton Smith

KU’s Shepherd to pick up another award

Kansas University senior JaCorey Shepherd has gone all over the country to collect awards, both for his ability and production as a football player and efforts and service as a member of the community.