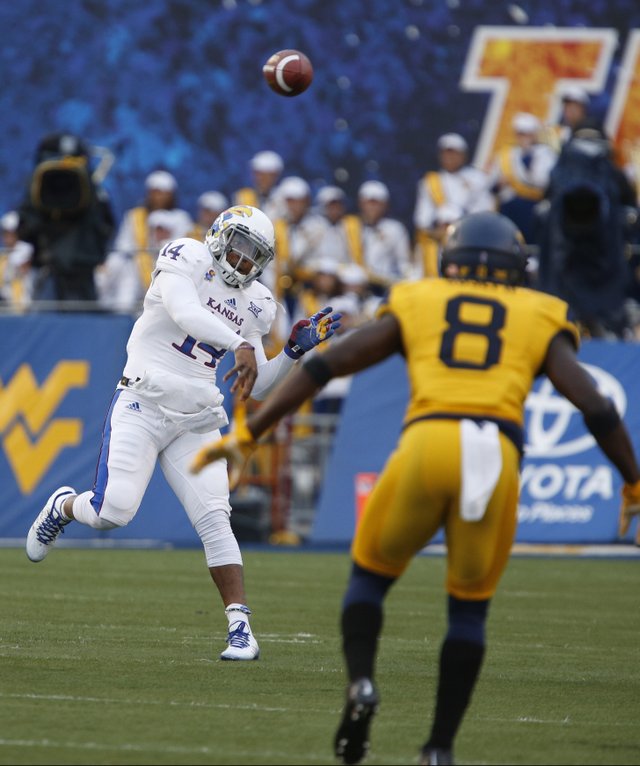 Dayne Crist, Jake Heaps and Montell Cozart stand so much taller, and Cozart runs so much faster than current Kansas University quarterback Michael Cummings. Yet Cummings, a Turner Gill recruit, moves the offense better than those three Charlie Weis recruits did. By Tom Keegan

Kansas University quarterback Michael Cummings started the second half and finished 8-of-17 passing for 65 yards against West Virginia. “I take pride in being prepared,” he said. By Matt Tait

Starting quarterback Montell Cozart played the first half and second-string QB Michael Cummings played the second in Kansas University’s 33-14 loss at West Virginia Saturday. After the game, interim head coach Clint Bowen said no decision had been made about the future of the position. By Matt Tait